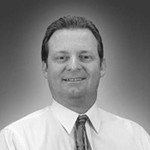 Mr. Williams has been a director of Second Sight since 2009 and was appointed Chairman of the board in March 2018. Mr. Williams is the Chairman, President, and Chief Executive Officer at Williams International Co., LLC (“Williams International”) (www.williams-int.com), a leading developer and manufacturer of gas turbine engines and one of the largest privately owned companies in the aviation industry, positions he has held since July 1999. Previously, Mr. Williams held several key managerial positions within Williams International including serving as its President and Chief Operating Officer, Vice President, Advanced Technology, Director, Program Management and Director, Engineering. In addition, Mr. Williams is Chairman and majority owner of Ramos Arizpe Manufacturing (www.ram-mx.com), a high-volume automotive engine parts manufacturing company located in Mexico. Mr. Williams also is a member of the board of directors of Nano Precision Medical, Inc. (www.nanoprecisionmedical.com), a drug delivery company working in nanotechnology. Mr. Williams received a Bachelor of Science in Mechanical Engineering from the University of Utah and holds numerous patents related to gas turbine engines, turbo machinery, rocket engines and control systems. He is a board member of General Aviation Manufacturers Association and former member of the Henry Ford Hospital Board. 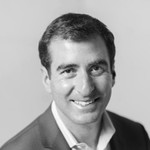 Since founding Vivani in 2009, Dr. Mendelsohn has served as its Chief Executive Officer and sets the strategic vision for the company. Dr. Mendelsohn received his Ph.D. in bioengineering at the UC San Francisco/UC Berkeley Joint Graduate Group in Bioengineering, Class of 2011, during which he was awarded an NSF fellowship to perform research at Kyoto University and published multiple peer-reviewed articles describing new treatment options for Type 1 diabetes through the immuno-isolated transplantation of insulin-producing cells under the direction of Professor Tejal A. Desai. While in graduate school, Dr. Mendelsohn served as the director for the Venture Innovation Program in Life Sciences and completed his certificate in Management of Technology with the Haas School of Business. Dr. Mendelsohn has served as a Technical Advisor to the Alfred E. Mann Institute for Biomedical Engineering at USC, a fellow of the Startup Leadership Program, the President of UCSF’s Graduate Division Alumni Association and is currently a board member of the Maestro Foundation. 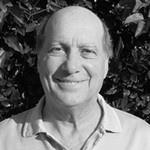 Mr. Mendelsohn is a founder and has been a director of Second Sight since the company’s inception in 2003. Mr. Mendelsohn served on the board of Advanced Bionics, a global leader in developing advanced cochlear implant systems, since shortly after its founding in 1993 until its sale in 2004 to Boston Scientific Corp. Mr. Mendelsohn was also a founder and director of Medical Research Group, Inc., a company that designed and manufactured implantable technologies primarily for the treatment of diabetes, from its inception in 1998 until its sale in 2001 to Medtronic, Inc. Mr. Mendelsohn previously served on the board of directors for the Alfred E. Mann Institute for Biomedical Engineering at the University of Southern California since its inception in 1998 until 2016. He is also a founder and director of Nano Precision Medical, Inc., a drug delivery company working in nanotechnology, where he has served since 2011. Mr. Mendelsohn is a founder and has served as Chairman of the Maestro Foundation since it was organized in 1983. The Maestro Foundation is a leading non-profit musical philanthropic organization which hosts a premier chamber music series and lends professional-level instruments and bows to young, career-bound classical musicians. Mr. Mendelsohn received his B.A. from UCLA and J.D. from Loyola University School of Law Los Angeles. 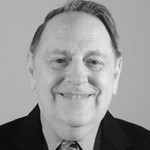 Ms. Larson has been a director at Second Sight since 2021. Ms. Larson serves as Vice President and General Counsel of Williams International, a privately-held designer and manufacturer in the aerospace and defense industry, since January 2019. Prior to Williams International, from 2013 to January 2019, Ms. Larson was Legal Director and Associate General Counsel at Amcor, a global packaging company. Ms. Larson also served as Corporate Counsel at Compuware Corporation, a software company with products aimed at the information technology departments of large businesses, from 2012 to 2013, and Associate in the mergers & acquisitions practice of the global law firm Baker and McKenzie, in its New York office, from 2008 to 2012. Ms. Larson has worked at the New York Stock Exchange and the United States Department of Justice, Antitrust Division. Ms. Larson is a graduate of the University of Michigan Law School (Ann Arbor), Hamilton College in Clinton, New York, and the University of Tennessee, Knoxville Haslam College of Business’s Aerospace & Defense MBA Program.